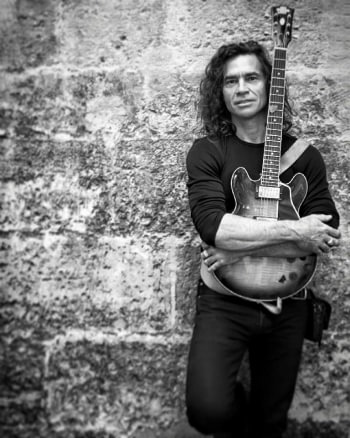 Late last year I became fascinated by the Shapeshifter archetype. It began with my own self-reflection and study of Mermaid lore and mythology. There are so many versions, or rather, hybrids of mer women and men.

Sedna: a young Inuit woman who is killed by her father and becomes all of the sea creatures who feed and support the human tribe.

There are also many others, but one of the most interesting patterns that came up over and over in their mythologies was this idea of wild vs. domesticated. I think of it as RAW vs UNNATURAL.

Why is it that so often we reject our raw + regal nature in favor of the socially acceptable, yet deeply wounded self?

The Shapeshifter archetypes are not only of the Mer variety – there are so many variations on the theme (werewolves, witches, warlocks, etc) and they are all pointing to a phenomenon that I’m seeing more and more within my friends: a deep need for psychological and spiritual transformation that must be LIVED. Not just dreamt or imagined, although often this is where the calling begins.

Without further ado, I’d love to introduce to you one of my new friends that I met over Facebook (of course, you know how often you can find me there), Drew Rouse.

He’s living a life and weaving a new story that many of us can draw inspiration from. Drew can help you gather your courage to be your RAW + beautiful self, no matter what the world is telling you.

1. Who were your favorite characters from stories, myths, films, etc when you were growing up?

First Nations characters always captured my imagination. I was always the Native while playing as a child. Didn’t like the “cowboy” vibes at all.

I also enjoyed the Norse myths and Viking sagas.

Why did you love them?

I’ve seen their connection to the land and the forces of nature that were and are usually rejected by the usual “heroes or heroines” for those other more dogmatic and disconnected myths.

2. Soooo, you’re an eco-advocate (“Green Publisher”, etc), Bikram Hot + Therapeutic “Flying” yoga teacher, RAW food chef, musician/songwriter, sword-wielding horseman and documentary creator (did I miss anything?). A unique and intriguing blend of passions. Do you find it difficult to express all of them, or do you switch back and forth? What drives you to focus on one aspect of yourself rather than the others?

I have many passions and disciplines. I find time to practise and express them all and yes sometimes all at once. It is not a focus on one’s self, but a widening and emptying of the self.

Each has a unique way of helping me empty and enter into that pervasive animating energy stream or allow it to pass through me.

Call it zen, meditation, Godhead, spirit, prana… whatever it is, I commune with it in some way while practising these disciplines and passions.

3. You’re definitely a man in motion. How do you set your course, i.e. decide where to tour, what projects to put your blood, sweat and tears into?

No need to set a course. I just let the universe direct me. Like sailing … there are things that keep you afloat and the wind moves you on. I prefer to move with this wind and not the times.

Plus, why push against a closed door when the one next door is wide open and the occupants are calling to you with open hearts and arms? As for tours, the bookings direct the tour. I just stay clear and present and show up ready to offer what I can while receiving much more in return.

4. What is your main-squeeze passion at the moment?

I’m being squeezed and it feels awesome. It used to vamp me but now I have the energy circulating perfectly and am totally energised by the giving.

5. Music has the ability to transport the listener into another state of being, a new reality. How do you intend your music to heal the present and shape the future?

I have been fortunate to offer up some very low-fi active meditations that precede a greater version or presentation. My low-fi offerings go largely unnoticed by most but not by a very interested few.

Yes, if one can create a resonating frequency with just the right qualities and tonality, yes it can heal, repair and realign cells, shape the future and even effect mass consciousness.

I empty and try to harmonise and resonate to the natural world and carry this pervasive, animating, interconnecting energy through to the listener. Still and forever practising:)

“To stand empty before that interconnecting, pervasive and animating energy and try to amplify it and its meaning.” Or, in other words… “The Consciousness is rising because some of us are lifting it.”

I love how unique Drew’s vision is! And if you want MORE of this goodness, I’ll be interviewing more Renaissance-Shapeshifters each week for the next month or two.

I’m curious to know what you think of Drew’s worldview and how you are going to apply this wisdom in your own life and business. Tell us in the comments below.

I know he has inspired me to align more with my Divine self and really liberate myself from conventional opinions about what I can aspire to BE.

Drew is an active environmentalist, documentary filmmaker, yogi, writer and musician. Drew works closely with culturally intact First Nations who are dedicated to protecting their lands from exploitation and who wish to preserve these lands and all its wild inhabitants for future generations. Drew wrote and produced a documentary on Canada’s wild horses and the Xeni Gwet’in of the Tsilhqotin Nation called “Cayuse: In the Valley of the Wild Horses”.

Drew built one of the first “eco-friendly” Bikram yoga studios in the world, as well as, numerous other green building projects.

Not just a songwriter, Drew is a constant writer with over 150 songs, two film scripts, numerous poems and half a dozen short stories under his belt.

Drew enjoys acting, but is extremely selective about film projects. Although if a role entails riding horses, playing with swords and guitars plus has a conscious story-line, he may be interested.

Drew is an advanced yoga practitioner and a senior Bikram yoga teacher. Amongst numerous other activities, Drew is an avid horseman (Guided horseback trips to the top of Whistler Mt. in B.C.), skier (cross-country, downhill & trekking) enjoys sword play and traditional archery.

July, Aug & Sept: Every Thursdays and Sundays at East Is East on Main St. Vancouver, BC, Kanada! Show starts at 8:30 pm with The Sensational Roma Swing Ensemble!

Aug 20 at Persephone Brewery in Gibsons, BC, 2pm

TBA: The 2017 Drew Rouse Band Freedom To Roam Europe Tour! April~June (England, France, Spain, Switzerland, Italy, Austria, Czech Republic, Germany, Netherlands, Denmark, Sweden, Norway)
: more shows are added all the time so be sure to “like” his Facebook page to get the latest news.