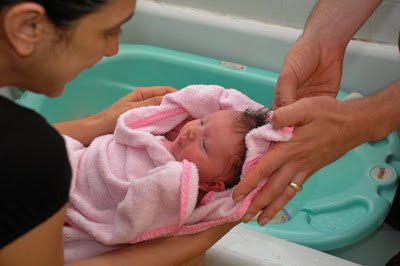 At the center of my center, I’m a mother. It doesn’t matter if I’m feeding my daughter, water healing someone’s aches and pains away or creating a marketing strategy with a business owner, I’m mothering. I make people feel comfortable, nurtured and cared for.

Last year I shared a story that profoundly affected my life. It was about an angel (yes, I mean a real angel) who carried me home when I was crying so hard that I couldn’t walk.

I was a sophomore in high school when that happened, but my experiences with the supernatural world began way, way, earlier.

I’ve had way too many encounters to share them all, but I feel it’s time I come out of the spiritual closet, so to speak.

I’ve seen spirits since I can remember. I was like that kid in the film the Sixth Sense. The spirits were as real as you or me, but they could walk through walls and appear and disappear at will.

Sometimes they would touch me. I think many were lost souls who thought I was the dead one. I’ve had them hold my hand. I had a visitation from an old boyfriend who passed when I was 22. He kissed me so passionately that I thought it was a dream – I opened my eyes and he was floating above me in the bed, his beautiful long red hair cascading all around his face. He looked like a beautiful merman. Spirits sometimes look like they’re swimming inside of their own luminous water chamber.

I was so startled that I screamed and sat up in bed. He gazed lovingly at me with a bit of puzzlement on his face. Then he faded. I reached out for him and begged out loud for him to come back and that I was sorry for screaming in his face. He didn’t come back. I believe it was his final goodbye.

Not all spirits are beautiful or nice. I’ve had some scary moments.

Once I was sleeping in my sister’s home and the man that lived there before died in the house from an overdose. Just after midnight I woke up because Saraphina started making sounds like she was being disturbed by something. She was tossing and turning. One minute after that I felt my entire body weighed down as if someone was sitting on me! It hurt my belly even. I jumped out of bed and stood face to face with a man. He was not alive. He was utterly confused. I could read his thoughts. He asked why I was sleeping in his bed. I told him it was not his bed. I had to give him the “news” that he was no longer with the living. He looked so sad. I asked him if he wanted me to help him get to the light. He backed away from me slowly, turned and walked out of the room.

The big spiritual awakening came when I was between 9 and 12 years old.

My mom would take me everywhere with her in those days, from Flipper’s Roller Boogie Palace to her favorite writing spots in Carmel. One of her favorite haunts was the Bodhi Tree spiritual bookstore on Melrose Boulevard in Los Angeles. She had lots of friends dabbling in channeling and past life regression and other cool stuff. That 1970’s post-hippie, early New Age era. A psychic told her that I was a powerful clairvoyant … I will admit now that I had NEVER spoken to my family or friends about my spirit experiences. My mom was overjoyed of course. She bought me my first deck of tarot cards. I was addicted to them immediately and began to do readings for myself. By age 9 I was reading for others.

I felt like maybe for once I wasn’t such a weirdo. Many adults were amazed at my abilities and how eloquently I could express them for my young age. I was an old soul. I’m actually much more in touch with my playful side now that I’m chronologically older.

Still, at times I felt like I was on the edge of insanity. “Is what I’m seeing real?” I asked myself over and over.

I can’t remember exactly why, but at this same time I became super interested in the Bible too. To many this seemed like a huge contradiction. I had been talking directly with God for at least two years at that point (I’ll write about that another time, because it started with wishing on the stars…like so many of us do when we are children.). I asked God if he thought it was bad for me to read tarot and he said no.

I began to read the Psalms over and over. And loved so many of the Jesus stories from the gospels. I kept rereading the story about the adulteress in the gospel of John – even before I really knew what sex was I was fascinated with romance, especially love between a man and a woman. I wondered about her and how she must have felt to have a man love her enough to take a stand for her. There was no sex between them, but the intimacy is palpable. Jesus’ love saved her life. In some respects, I have imposed this standard on human men and they’ve failed. But, how could they live up to it?

I was a hopeless romantic; if a man didn’t love me with that kind of strength, I didn’t feel loved.

Back to my early passion for the bible. I must have been 12 years old. I woke up in the middle of the night. Jesus was sitting at the foot of my bed. He looked real. He was in full physical form. We talked for what seemed like hours and finally he told me he was giving me a gift. He said he was going to transfer it by walking through me. I accepted and he walked through me. It was the most pleasurable, orgasmic feeling I’ve ever had. I remember the euphoria that lasted for days.

After that, the invisible world began to come out of the woodwork, literally.

At the Center there is an invisible love that I can feel with my entire being. I know it exists and it’s the most healing powerful force on Earth and all dimensions of time and space.

But the only real way I can prove love is real is to love with all of my strength.

There are 6 comments on The Center