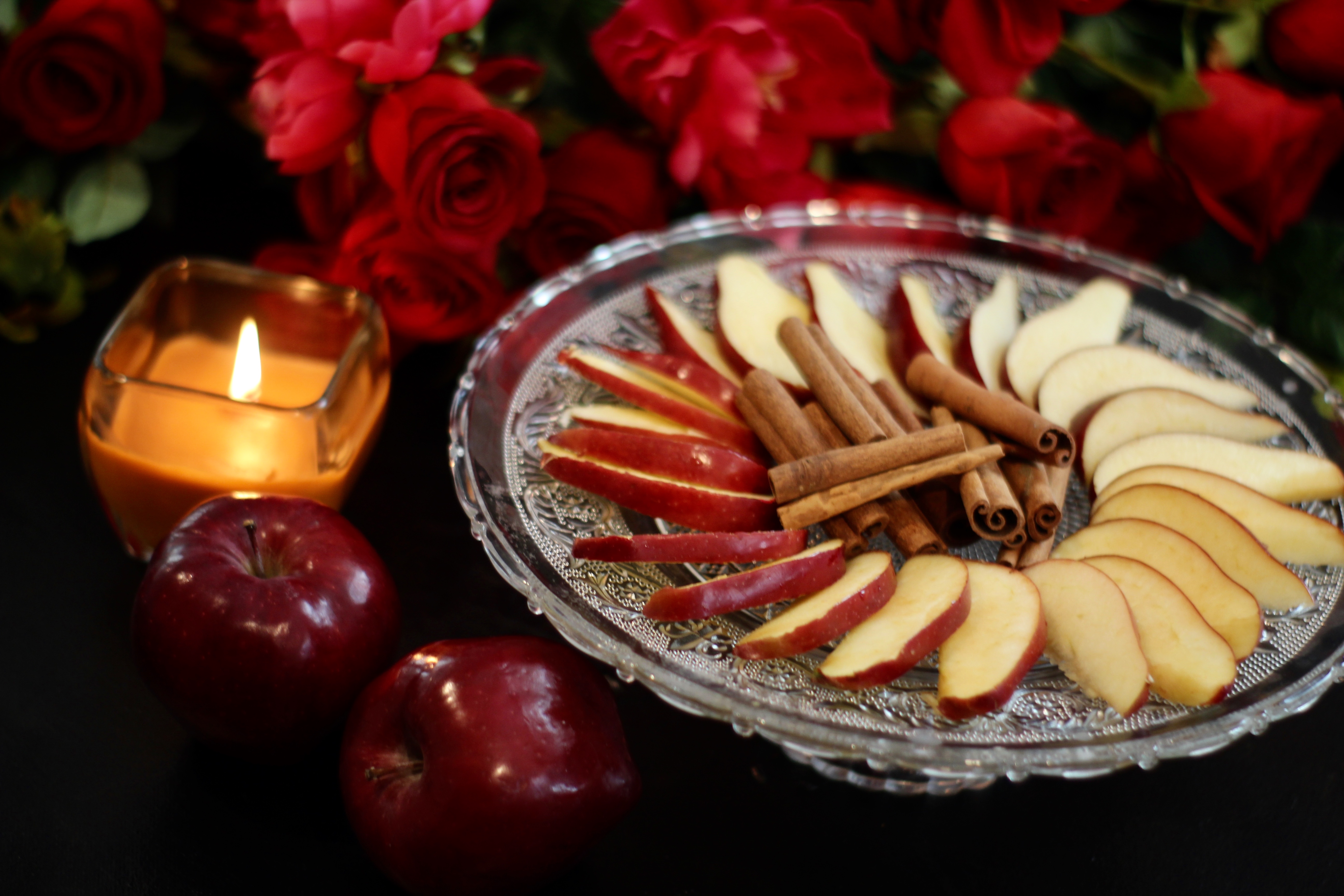 In the mysterious and mystical season of Autumn, the veils between worlds becomes thinner.

I find this time of year perfect for divination, visioning, and of course, LOVE magic.

Venus herself appears in the symbol of the five pointed star, known as the pentagram. Often misinterpreted as a Satanic symbol, the pentagram is a powerful representation of protection and manifested abundance. Five is one of the numbers associated with Venus because of her association with the pentagram and pentacle.

When you slice a luscious, red apple in half at its equator, at the center lies a hidden pentagram formed by five seeds. The apple core is known as “ Stars of Knowledge” by the Roma peoples (popularly referred to as “gypsies”).

Eve was tempted by the serpent in the Garden of Eden to eat the fruit of the Tree of Knowledge–the actual fruit is not named in the bible, however, due to the association of this story to the ancient Greek Garden of Hesperides from which we hear many legends about the Golden Apples. One such myth tells of the woes of a man named Melanion, who wished to marry Atalanta by beating her in a race. No men had been able to best her speed, and were put to death.

The desperate suitor prayed to Aphrodite for help, since he knew he could not legitimately beat Atalanta in a race. The goddess of love gave him three golden apples to distract his fleet-footed huntress. He won the race and wed his true love.

The Arthurian legends recount the priestesses, led first by the Lady of the Lake, who was succeeded by the great sorceress and half sister of King Arthur, Morgan LeFay, who lived on the mystical Island of Avalon (“the isle of apple trees”) and were able to lift the mists and reveal the path of the soul.

When I visited the physical location where it is believed that Avalon once existed, the town of Glastonbury in the UK, I made a pilgrimage to the apple orchard on the side of the Tor. If you leave a small ribbon, stone or crystal at the base of the tree from which you pick an apple (or two or three), your love is sure to be blessed.

Apples in many cultures have been prized as the fruit of the Goddess and the symbol of knowledge, sexuality, love and temptation.

Are you ready to open your heart to love and attract your life partner? Or, perhaps you are already in a relationship with that special someone and want to grow closer. Apple magic is one of the easiest and most delicious ways to promote the growth of love within and around you!

Begin by holding your apple and thinking of your true love. If you’re currently single, picture the ideal romantic partner in your mind’s eye and feel the love flowing to them and back to you.

Do this visualization for as long as you like. The purpose of it is to evoke deep and strong feelings of love. When you feel all nice, warm and tingly, send that energy into your apple.

Now, it’s time to incarnate that energy by taking a bite. The eating of the apple represents becoming one with your true love.

If you enjoy a raw apple you can take a bite and then slice it up and offer a sliver to Venus on your altar or shrine space. Eat each slice as if you are offering your true love the food of the goddess … because, in fact you are!

I love to slice them up, sprinkle them with something sweet (honey, brown sugar, stevia or monkfruit), and add vanilla paste/extract, cinnamon, nutmeg, clove and cardamon. I mix it all up, put the spiced apples in a baking dish with 4-5 pads of butter on top and then bake for 30 minutes at 350. Stir the apples after 15 minutes to make sure all the slices get coated by the melted, buttery goodness.

Tip: don’t slice the apple pieces too thin. Cut them at about ⅓ to ½ inch thick.